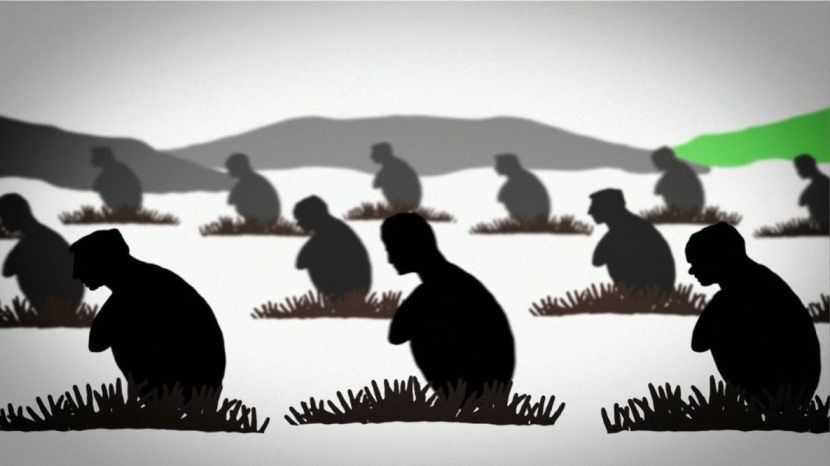 So, what is meant by open defecation? Let’s put some light on the topic-

Open Defecation is the human practise of defecating outside rather than into a toilet. This is common in rural areas where there are no sanitation facilities and awareness.

People defecate openly in fields, open grounds, and roadsides. They practice this because they do not have a toilet readily accessible or due to cultural practices. This causes a lot of health and hygiene problems.

Open defecation in India is prevalent for ages. There are many reasons behind it such as lack of toilet, orthodox mindset, etc. This practice dates back to the ancient time when there were more open spaces and less population. It was believed that defecating in the open causes little harm when done in a sparsely populated region or the forests.

This practice still prevails and with the increasing population, the problems linked with it have only increased. Defecating in open can cause many health problems like an infection in the bladder etc and also pollute the environment.

According to the Reports in 2015, India had the highest number of people practising open defecation, 59% of the world’s total population. According to the latest census data, out of a billion Indians, 636 million are devoid of proper and clean toilets. There is zero personal hygiene emphasis given.

This has contributed to a crisis that is replete with diseases, childhood malnutrition, loss of economic productivity due to early deaths and many more.

Women and girls in India face several issues while defecating in open. To add up to their misery of no proper sanitation, they constantly have to deal with many other concerns like health and hygiene issues, and worse, molestation and rape.

Every morning at around 4, under the grey cape of darkness, women in the village prefer going together as a group for defecation. They feel that it’s safer to go in groups since it counters the odds of being preyed upon to rape and harassment. They feel protected while going in groups.

The threats are scary: The ghastly & brutal rape and hanging of young girls in the populous state of Uttar Pradesh last year proves how females have become the biggest prey of the country’s sanitation predicament.

The girls, in this case, had gone out to relieve themselves in the open after which were inhumanely and brutally gang-raped and lynched later on.

Women generally appear to swallow the impact as they are sexually assaulted when they step out of their houses in the morning to relieve themselves.

According to UNICEF, 50% of rape cases take place when women defecate in the open.

However, due to the efforts of the Government, this practice is gradually decreasing. As mentioned above, Indian Prime Minister Shri Narendra Damodar Modi launched the Swachch Bharat Mission in October 2014.

This mission had an aim to achieve clean and open defecation free India by October 2019. The major objective of this mission was that each house in India should have an individual toilet.

According to the reports issued in January 2019, open defecation in India has dropped down by 26%. The Government issued a report saying, 90 million toilets were built across rural India.

By 2018, 57% of the houses without proper washrooms had got one. But the reality is far from the truth.

A survey conducted in the Gujarat state had a different story to tell. It stated that the major reason why people are still choosing to defecate in the open was due to the poor quality toilets that were built.

One of the members of the team stated that “the Government is both over-sending its claims and not measuring what needs to be measured.”
Other than the government’s weak points, there is a lack of effort and acceptance from the people as well.

According to reports, 40% of households with a toilet have at least 1 family member defecating in open. The researchers of the World Bank surveyed a district village of UP and the respondents associated toilet with “Gandagi” i.e. dirt.

The researchers concluded that people’s beliefs were closely linked to their age-old thinking and perception of what others believe. One of the researchers stated that “Merely building toilets won’t stop Indians from this practice as long as their attitude towards the same does not change”.

Now, the question is: “How to stop people from defecating in the open?”

The Government plays a very important role in the country’s development. The government has tried to eliminate the practice of openly defecating through various initiatives like SBM (Swachch Bharat Mission) and Nirmal Bharat Abhiyan.

This has made people more aware and has motivated them to use toilets. They should be made aware of the benefits of maintaining hygiene. Other than the government, movies and television in our country have also played a major role in driving inspiration.

To make India free of this practice, the attitude of the people towards the use of toilets needs to be changed which can only be done by creating awareness about this issue, especially in the rural areas.

The creamy layer of the country: The Urban people, also need to inspire, motivate and create awareness, especially from backward societies and rural areas.

We hope that till October 2019, we can achieve the target of 100% use of toilets in the country and give Mahatama Gandhi this gift of cleanliness on his 150th birth anniversary.

Let’s jointly work towards spreading the word and making people conscious to use the toilet and keep themselves and their loved ones, healthy as well as infection-free.

If you like the thoughts and the above article, leave your comments below and request you to share this article with as many people as possible.